Madrid is a busy city with year-round celebrations. Home of the fiesta, from February to December there is a reason to be cheerful and take part in festivals, carnivals and outdoor performances. Whenever you decide to visit Madrid, be sure to check out one of their famous parties and be part of the vibrant atmosphere. 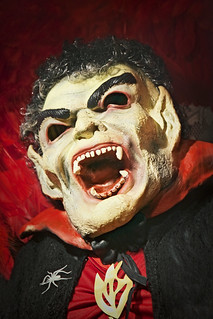 Translated as Autumn Festival, the Festival de Otoño is a fantastic display of Madrid’s artistic and theatrical spirit and always includes dancing in the street and contemporary theater. The festival has been running for more than 25 years and has grown significantly to be a much anticipated event of Madrid’s cultural calendar.

Although the festival is named after the autumn season, and usually runs throughout October, in 2012 it actually took place in springtime, for the majority of the month of May, so be sure to check before you travel. The festival attracts artists from across Europe including some of Spain’s most popular musicians.

White Night is a European free festival to promote and celebrate art. In the UK, White Night is held in cosmopolitan Brighton, usually around the same time as Halloween. Students of Spanish lessons in London can pop down to the coastal town to experience white night in the UK before they test out their new language skills the following year at Madrid’s version of the outdoor festival. White Night also takes place in Brussels, Paris, Riga and Rome and often the same artists will travel to each city. 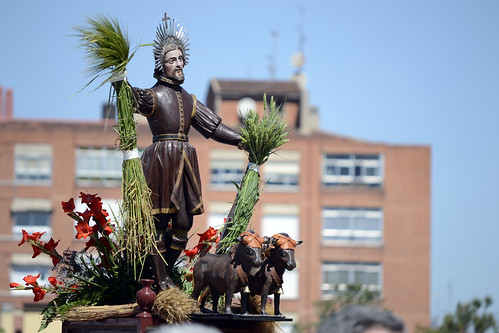 A more traditionally Spanish festival is San Isidro. On 15th May each year, the Patron Saint of Madrid, San Isidro, is celebrated with a fiesta normally beginning the weekend prior to the 15th of May. The festivities continue with daily bullfighting in Plaza de Ventas: it is Spain’s largest event in the bullfighting calendar.

After dark, residents continue to celebrate by gathering and enjoying a drink or two in Madrid’s parks.

Madrid’s residents often choose to dress is traditional Spanish costume and the end of the fiesta is marked with an open air concert and firework display.

Festimad is a dedicated alternative not-for-profit music festival that has been running for more than 20 years and hosts a variety of popular music acts. The festival has changed its format several times over the years, including a trial of its own festival currency, but still maintains a healthy attendance figure of around 40,000 revellers. It commands performances from worldwide acts such as Metallica and The Prodigy.

Satellite festivals such as Cinemad and Fotomad run at the same time as Festimad, bringing not just hard rock and metal music to Madrid but also an interesting array of alternative art and film. Students that enjoy the alternative side of London and study at a language school such as UIC London can enjoy the same alternative vibe while learning the language through film and music.